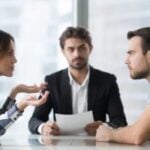 If You Want An Uncontested Divorce, Then Ask The Right Questions

Divorce is a very difficult life event to deal with. This is made significantly more traumatic when the parties to the case cannot agree on major legal issues in the case. For this reason, it is important to use your most diligent efforts to obtain an uncontested divorce whenever possible. An uncontested divorce occurs… Read More » 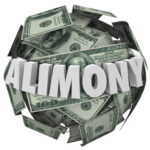 Finding out how much of your money will immediately go to bills and debt payments is enough to make your good mood on payday short-lived. Many people employ the questionable personal finance tactic of earning less in order to pay less, or at least appearing to earn less. Certainly, no one can blame restaurant… Read More »

Uncontested Divorce in Florida: When Is It the Right Option?

When you hear the word “divorce,” what do you imagine in your head? Is it two soon-to-be-former spouses yelling at each other in court, their children crying, and indifferent judges banging the gavel against a wooden table? Well, it does not have to be this way. More often than not, divorces in Orlando and… Read More »

Lump Sum Alimony Can Help Reduce Conflict During a Divorce

Unless you are trying to negotiate the terms of your divorce, it probably has never mattered to you that Florida has a whopping six types of alimony.  If your divorce lawyer tells you that you will probably have to pay some type of alimony to your ex before or after your divorce is finalized,… Read More »

In the old days, alimony was a popular subject for aspiring stand-up comedians at local comedy clubs.  More recently, it has become a topic for vitriolic blog posts in the less benign corners of the Internet.  Then and now, alimony remains misunderstood.  What really happens in the courtroom where a judge decides that you… Read More »

What is permanent alimony and when is it appropriate?

In the state of Florida when two people are getting divorced and they have been married for longer than 14 years there is a presumption in favor of permanent alimony. Whenever a claim for permanent alimony is sought by a spouse and their divorce attorney the level of conflict in the case usually escalates… Read More » 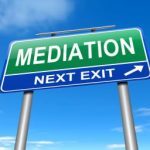 Even Though Every Contested Divorce In Orlando, FL Will Go To Mediation The Attorneys Must Work Hard To Make Sure The Case Is Able To Settle Will your divorce settle out of court? Hopefully the answer to that question is yes. If there are minor children involved in the case it is usually in… Read More »

Many People Are Looking For a Christian Attorney In Orlando

Why Would Someone Seek A Christian Attorney in Orlando for Their Family Law or Divorce? Here is Why and Where They Can Look. One question seen often by law firms and managers of lawyer directories is “where can I find a Christian Orlando family law attorney?” While many people may not understand the difference… Read More »

Florida Senate Bill 718 Passes and Brings Big Changes to Florida Alimony For the past few weeks we have been following Senate Bill 718 which proposes to do away with permanent alimony, place significant restrictions on alimony awards, and make 50/50 time-sharing in child custody cases a statutory presumption. As previously discussed on our… Read More »

Lawmakers Do Away With Permanent Alimony

The Florida Senate Has Voted and the Result Means the End Of Permanent Alimony in Family Law and Divorce Cases On Thursday, April 4th SB 718 was approved by Florida lawmakers in Tallahassee which puts an end to permanent alimony, also known as spousal support, places limits on alimony awards based on a person’s… Read More »