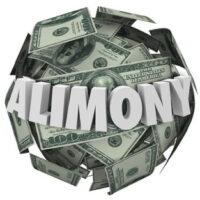 Finding out how much of your money will immediately go to bills and debt payments is enough to make your good mood on payday short-lived. Many people employ the questionable personal finance tactic of earning less in order to pay less, or at least appearing to earn less.

Certainly, no one can blame restaurant servers for failing to report to the IRS the exact amount of money they earned in cash tips. In divorce cases, though, hiding behind the fact that you get paid in cash for your work, and that your income varies from month to month and year to year, can lead to all kinds of trouble. You should be as honest as possible because if you are not, then the court will decide, somewhat arbitrarily, how much money you could be making, and it will base its decisions about your alimony and child support obligations on that amount. Your best protection against an unfairly high burden of spousal support is to hire an Orlando alimony lawyer.

Where is the Line Between Financial Mistakes and Marital Misconduct?

Some people, upon finding out that their spouse wants to divorce them, employ a scorched earth strategy in the final months or years of their marriage. They might quit their jobs or, if they are not currently working, they might make only half-hearted attempts at getting another job.

Even worse, they might hide money or other assets from their spouse by keeping their money in business accounts and titling real estate, vehicles, and more, in the names of family members or business partners.

There is even an urban legend about a guy who kept $20,000 inside a teddy bear in his mother’s attic, just so his wife and the divorce court would never know about the money.

Needless to say, this is a terrible idea. The court will consider it marital misconduct, and instead of paying less alimony, you will have to pay even more to compensate your ex-spouse for the financial losses you caused before the divorce.

Of course, it may be that your finances are in a tailspin through no fault of your own at the time of your divorce; many couples find it impossible to live up to the “for richer or poorer” wedding vow.

The court found that John’s behavior did not constitute marital misconduct, especially since the home he was improving was a marital asset.

A divorce lawyer in Orlando can defend you from your ex-spouse’s allegations that you have wasted money or intentionally stayed underemployed in order to avoid paying alimony. Contact Sean Smallwood in Orlando, Florida for a consultation.