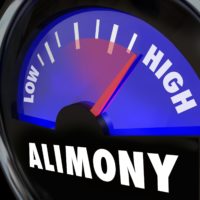 In the old days, alimony was a popular subject for aspiring stand-up comedians at local comedy clubs.  More recently, it has become a topic for vitriolic blog posts in the less benign corners of the Internet.  Then and now, alimony remains misunderstood.  What really happens in the courtroom where a judge decides that you have to make monthly payments to your former spouse for a fixed period of time, or even indefinitely?  Consider the following Florida alimony cases discussed below, and, if you are going through a divorce in Florida and are worried about how much spousal support you will be required to pay or how much you are entitled to receive, your first step should be to consult an Orlando spousal support attorney.

Why Do Courts Award Alimony?

Divorce courts regard marriage as a financial partnership.  They assume that each spouse contributed to the survival of the family, regardless of how much or how little money he or she earned during the marriage.  They also take into account whether the spouse is able to work.  Therefore, a person in his or her 30s who was only married for five years is unlikely to be awarded spousal support, despite not working during the marriage.  If this spouse receives any alimony, it will only be for a short period of time.  Meanwhile, a 65-year-old who was married for 35 years and did not work but stayed home to raise the couple’s children is more likely to be awarded permanent alimony.

The following cases in Florida illustrate how Florida courts arrive at the decision to award spousal support and which type to award.

The above cases show that Florida courts sometimes award permanent alimony, but it is rare for someone who is younger than 50 or who was married for fewer than 20 years to receive it. They also show that the length of the marriage is not the only factor that determines the amount of alimony.

If you are in the midst of a dispute with your former spouse about spousal support, lies and ultimatums are not the solution.  Instead, you should contact an Orlando family law attorney.  Contact Sean Smallwood, P.A. in Orlando, Florida for a consultation.