What Is Parental Alienation and What Can an Orlando, FL Attorney Do To Help? 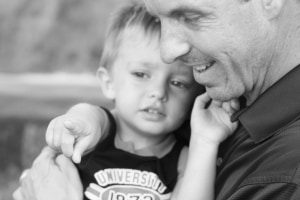 One issue that family law and child custody practitioners and parents see quite often is where one parent will take steps to exclude the other parent from the child’s life. Though this occurs most often against fathers we do occasionally see fathers attempting to exclude mothers from the child’s life as well and the root causes of this type of behavior seem to be the same across gender lines.

Most jurisdictions in the United States have adopted the notion that it is generally in a child’s best interests to have an ongoing and active relationship with both parents. Of course, exceptions to this may come where one parent is engaged in behaviors that could present a danger to the child, however, the majority of the time courts will want both parents to be actively involved in the parenting of a child. Because of this, we must answer one question: What is parental alienation in child custody cases?

Why won’t they let me see my child?

One effective way to address and hopefully overcome the parent who is not permitting contact with a child to the other parent is to try to understand what psychological factors may be going on to bring about this behavior.

Everyone walking around on planet Earth has his or her own individual set of insecurities, control issues, and other types of personal issues that can be amplified when it comes to sharing one’s child. For example, after a breakup, many mothers may trust a babysitter whom they have never met over having the child cared for by the father or his extended family. This is a recurring theme that child custody attorneys and judges are faced with in day-to-day practice. The important thing to take away here is that for some reason after a breakup the parents will often completely lose trust in the other parent, and their extended family, which begins the cycle of exclusion of the other parent from the child’s life.

Children are not property that either parent owns or possesses.

Another factor that goes into this discussion is where one parent feels a sense of entitlement to be in complete control of the parenting of a child including and to dominate the child’s time to the exclusion of the other parent. As stated above, a parent’s personal psychological issues can play a very large role in this aspect of the child custody dynamic. This occurs when, for one reason or another, a parent who has historically provided the majority of the care for a child feels that they are the only person who should continue to provide such care. Often this parent will take up the position that the other parent is unable, unwilling, or not mature enough to take care of the child in a way that meets the child’s needs.

When it is the mother who takes on this role any outsiders who observe the conduct may attribute it to strong maternal instincts to protect the child from a dangerous world. This instinct, while natural and very important, can often be so intense in some mothers that it can cause them to shut the father and his family out of the life and care of the child.

This completely conflicts with the goal of the courts to have both parents involved in the child’s life and often leads to negative conduct by a parent in order to maintain the control of the parenting of the child.

“One thing that judges do not like is when a parent acts as though the child is property that that parent possesses” Sean Smallwood, ESQ.

It is important to note that in cases where actual domestic violence has taken place the injunction process is appropriate and a valuable tool for victims of violence. The problem arises where false allegations of violence are made in an effort to gain advantage in a custody case.

In conclusion, it is important for parents who find themselves in this position where the other parent is acting in a way to exclude them from their child’s life to remember that they are not alone. These parents should also remember that in most cases the law does provide a way to overcome this type of conduct and they should seek out an experienced child custody attorney in Orlando or in their area. Taking action in cases like these is not something to be delayed or put off in any way because the more time that goes by without one parent seeing a child, the more of a status quo that will be established of limited contact with a child. This can add extra difficulty in obtaining an order for fair time-sharing with a child.