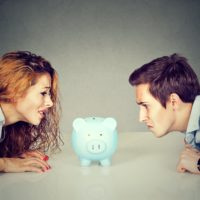 As the cost of postsecondary education increases, and as more employers expect or require new employees to have a bachelor’s degree or another kind of education beyond high school, more Americans than ever before carrying student loan debt.  In fact, it is not hard to find predictions that the “student loan bubble” could be the next big financial crisis.  Sorting out your finances after a divorce is stressful for everyone, but if one or both spouses have student loan debt, the situation can become even more complicated.  An Orlando, FL divorce lawyer can help you determine how much responsibility, if any, you bear for student loan debt incurred by your former spouse or whether your former spouse should be responsible for helping you pay off student loans you borrowed during your marriage.

The principle that determines how Florida courts divide a couple’s property after a divorce is called “equitable distribution.”  In other words, it takes into account the financial resources, such as assets currently owned and the potential to earn income in the future, of each spouse, as well as each spouse’s financial needs.  Here are some basics of how equitable distribution works in Florida.

The Wayne v. Einspar Case: A Dispute About Responsibility for Student Debt After Divorce

Like many parents of young adults, Matthew Wayne and Susan Einspar co-signed on loans for their son when he was in college.  Each parent co-signed different loans, such that the son’s student loans were in Wayne’s name, and his car loan was in Einspar’s name.  The couple filed for divorce in 2013; their son was no longer a minor, so there were no issues of custody or child support, but the loans he had taken out, with his parents as co-signers, were still outstanding.  In the original divorce decree, the court treated the loans as individual property, which meant that, after the divorce, Wayne remained responsible for the student loans, while Einspar remained responsible for her son’s car loan.  Wayne appealed the decision, and the appeals court granted his request to re-classify the debts as marital property.  It reasoned that assets and debts acquired during the marriage are marital property, even if they are only owned or borrowed in one spouse’s name.

Florida’s equitable distribution laws contain a provision that couples may choose to keep some or all of the assets acquired or debts incurred during the marriage as individual property.  They can do this by signing an agreement that specifies which assets or debts must not be mingled.  Once regarded as a weapon for misogynistic misers to wield against their trophy wives, prenuptial agreements (prenups) are increasingly common.  The younger generation tends to view them as a practical way of dealing with the reality of ubiquitous student loan debt.

In some divorces, division of debts is as much a source of conflict as the division of assets, but an Orlando divorce lawyer can help.  Contact Sean Smallwood, P.A. in Orlando, Florida for a consultation.