What Does It Mean That Florida Is A No-Fault Divorce State? 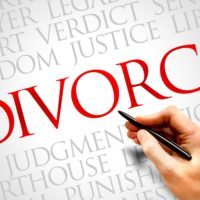 One common question that divorce attorneys in Orlando Florida receive from their clients is regarding the difference between no-fault and fault divorce States and which one of these Florida is.

Florida is a no-fault divorce state which is commonly known among attorneys, however, the actual definition of this can be quite complex to explain. Anyone contemplating a divorce in Orla do, FL should always ask their divorce lawyer how this law may impact their case.

What does a fault requirement for divorce mean?

Many years ago, most states required proving fault against your spouse if you wanted to seek a divorce. This made it much more difficult for people to get divorced. In older more conservative times lawmakers wanted to dissuade people from getting divorced and saw no problem with making the path to divorce more difficult.

When a fault requirement was the law it was very difficult for somebody to get divorced if they just woke up one morning and decided that they no longer wanted to be married. In these cases, that person would have needed to file for divorce and allege some sort of fault on the other party. Before granting the divorce, the judge would need to make a finding of fault against the other spouse which was not always an easy thing to prove.

Some examples of fault would have included infidelity, imprisonment, inability to have sexual intercourse, abandonment, infliction of emotional distress, and so on.

Over the year’s lawmakers began to notice some problems with requiring fault for a divorce to be granted. They began to notice that the requirement of showing fault was causing people to stay in a marriage that was toxic which would also subject children to grow up in hostile and emotionally unhealthy environments which often caused the kids to grow up and have the same type of unhealthy relationship tendencies.

What is no-fault divorce?

If a state does not require a finding of fault in order to grant a divorce, then that state is considered a no-fault divorce state. As the name suggests it simply means that there is no requirement to show fault in order to get divorced.

When states started transitioning over to the no-fault system it made it much easier for people to get divorced.

Even in cases where one spouse believes the marriage is irreparably broken and the other spouse disagrees the judge will still grant a divorce if only one of the spouses wants it.

Some jurisdictions over the years have experimented with court-ordered marriage counseling or court-ordered cooling-off periods in order to slow down the divorce process where one of the parties did not want to get divorced. However, in Florida, if one person wakes up one morning and decides they no longer want to be married then they have a very fast and streamlined path to divorce whether the other spouse wants the same thing or not.