How To Deal With A Cheating Spouse in Divorce 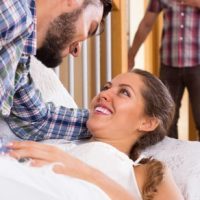 The recent release of the email addresses of millions of Ashley Madison, a well known cheating website, customers has highlighted the issue of cheating spouses that leads so many divorces. The statistics certainly suggest that the odds of having a cheating spouse are alarmingly high, but, other research suggests that it might not be the best idea to call divorce attorneys and run to the courthouse.

The recent Ashley Madison data dump has led to a fallout of consequences including: extortion emails going out to the cheaters website customers [2], public figures commuting suicide after exposure [3], and lawsuits being filed against the Canadian company running the website [4]. Even those who were not affected by this massive date breach have to be reminded of just how widespread infidelity has become these days.

Should I Not Call A Divorce Attorney If I Catch My Spouse Cheating?

As mentioned above there is a recent study that indicates that ending a relationship due to infidelity may not be the best option. The findings of the study suggest that the best way to recover from the emotional damage caused by a cheating spouse is to travel the long difficult road to true forgiveness that allows the relationship to continue.

For a person to have the ability to deal with infidelity this way is easier said than done. However, it does make sense that forgiveness could be one of the only ways to ever truly move past being created on. This could certainly reduce the number of marriages that end in divorce and improve the staggering numbers of children that are raised in broken homes.

There are some instances where I think staying with the cheater could be problematic such as when the cheating is a chronic issue that continually persists. I believe that in order for the forgiveness approach to work the cheating would need to end. Additionally, if other types of marital misconduct were present in addition to the cheating such as addiction or domestic violence then the prospect of recommending that two people remain in a relationship would be thin to this writer.