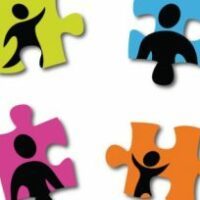 One very common fact scenario that divorce attorneys in Orlando Florida are faced with these days is the situation where a divorce involves contested child custody issues over children with autism.
When there are special needs such as a child with autism spectrum disorder there are certain strategies and best practices that both parents need to be aware of in order to protect their case.

The First Step in a Divorce Involving Children With Autism Spectrum Disorder A.S.D. is to Understand the Diagnosis 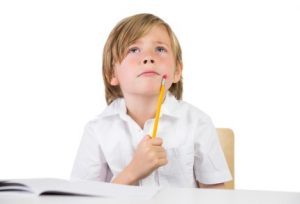 Autism spectrum disorder, also known as ASD, is a general diagnosis given to children who are anywhere on the autism spectrum.

If a child is high functioning this means that they have very mild symptoms and they will likely be classified as ASD level I. This was previously known as Asperger’s syndrome.

Children with a more severe diagnosis may be nonverbal and have an inability to do certain basic tasks on their own. Kids with this severity of symptoms would usually be rated at a higher level such as level II or level III.

Regardless of where your child is on the spectrum, they are going to have a laundry list of school meetings, therapy appointments, doctor appointments including neurologists, and will have a general need for close frequent communication with medical providers and school staff.

It is not uncommon during a marriage for one spouse to be at work during the day and for the other spouse to handle the majority of the doctor appointments, therapy appointments, and school meetings.

However, when a divorce is filed the spouse who historically has not been very active in the therapy and education aspects will make a claim for equal timesharing with the child. However, a nasty battle can erupt over whether that parent is familiar enough with the child’s special needs to exercise all of the contact time that they are asking for.

Commonly, we will see the parent who attended most of the therapy appointments, school appointments, and doctors appointments, accusing the other parent of not caring enough to attend any of those appointments and therefore not being aware of how to address the child’s special needs in the event of an emergency. This type of allegation is commonly used as justification as to why the other parent’s timesharing with the child should be limited.

The problem is that during the marriage this was probably an agreed-upon norm, however, in the divorce context the allegation that one parent missed most of the appointments is technically true and therefore becomes challenging to address in a simple way.

What Should I Do if I Am About to Go Through a Divorce with an Autistic Child?

The best rule of thumb is that if you are headed toward divorce and you have a child with autism spectrum disorder you will want to get involved with the child’s therapy, the school meetings which will likely occur monthly or quarterly, and doctors and other specialist appointments.

Any parent who has historically not been active in such care and treatment for an autistic child will face challenges in the custody case unless they show an immediate and substantial interest in the child’s therapeutic journey.

Here is another big trap to watch out for.

Another area of concern that arises in these types of cases stems from children on the spectrum and the tantrums or “meltdowns” that they often have.

A child with ASD will often find it difficult to express their feelings or to understand their feelings which can lead to lengthy tantrums that can include screaming, hitting, punching walls, or even slapping or hitting themselves.

I have heard many stories of parents who tried to deal with these tantrums and ultimately lost their temper and began yelling and screaming at the autistic child who was in the middle of an autism meltdown.

It is important to be as patient as possible during an autism meltdown and not to react in an angry way toward the child. First and foremost, it is because the meltdown is not the child’s fault. Secondly, you can bet that the other parent will bring up that incident in a mediation or a court hearing over custody.

In conclusion, divorce litigation involving children on the autism spectrum requires a heightened level of attention and strategy above and beyond a traditional case. While I have pointed out a couple of the most common areas of concern, there are countless others to be aware of.

Any parent of a child on the spectrum who is going through a divorce where child custody is in dispute would benefit tremendously from having detailed conversations with the child’s therapeutic providers, doctors, and teachers, while simply following all advice offered by these professionals. This will usually benefit them tremendously in their divorce case and is highly recommended.