How To Modify A Child Custody Parenting Plan In Florida 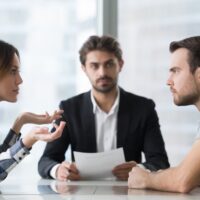 One of the most common types of cases that people contact our office regarding is that of modifying a parenting plan.

The parenting plan is a court-ordered document that spells out all aspects of a child custody arrangement including timesharing, parental responsibility, access to school and medical records for the child, holiday schedules, school designation, and so much more.

It is very common to expect that at some point in the child’s life there would be a change that would cause one of the parents to desire to modify the provisions of their child custody schedule. Divorce lawyers see these types of issues arise almost as often as they see clients needing help with the initial action.

Substantial Change in Circumstances and Why It Is So Important

The courts and the lawmakers in Florida wanted to come up with a way to minimize the opportunities for parents to flood the courts with modification requests every time they had a disagreement with the other side. The courts also wanted to find a way to block parents from seeking modification if they had buyer’s remorse regarding the parenting schedule that they had agreed to in their initial cases such as a divorce or paternity action.

This resulted in the requirement that any parent desiring to make a modification or other permanent change to their child custody arrangements needed to show a substantial, material, and unforeseen change in circumstances that had occurred since the entry of their final court order.

Some Things That Do Not Count As A Substantial Change

Over the years the appellate courts have seen many modification requests that do not meet the substantial change burden and therefore were ultimately denied.

Out of these stories that stand out to me as a fact pattern that I have seen many times is where the parents have agreed that the child will stay with one parent for an extended period of time on a temporary basis due to a serious illness of the other parent or some other temporary situation that arises.

The typical way this plays out is the child is spending a few extra months with the non-majority parent who, during this time files a supplemental petition to modify the custody schedule arguing that the child now lives with them and that they should be made the majority parent.

The appellate court case law is very clear on this point that any temporary change in the child’s residence due to an uncontrollable event in the other parent’s life does not constitute a substantial change in circumstances and a modification would be denied in that case.

However, other cases have said that if the child stays with the non-majority parent for a period of time that substantially exceeds the agreed upon temporary timeframe then that could open the door for modification and represent a substantial change in circumstances.

Situations That Do Represent A Substantial Change

These include situations where the other parent goes a substantial period of time without exercising their timesharing with no agreement for a temporary change, where one parent is failing to ensure that the child flourishes during their time with that parent such as school grades, medical needs, or emotional needs.

Other situations where a modification would be appropriate include situations where the parent is engaging in abuse, neglect, or is allowing other people such as a new significant other to engage in abuse or neglect of the child.

This abuse and neglect can be physical or emotional, however, emotional abuse is more difficult to prove and will likely require an expert witness.

Though this is not an entire list of situations where a modification of custody would be appropriate this does cover some of the most common fact patterns that we have seen at our Orlando divorce law firm.

If you are considering and modification of your parenting plan in Florida and call our Orlando family law attorneys today for a confidential comfort consultation.