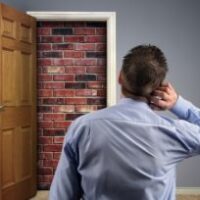 It is unsettling to find out that your biological father is someone other than the man you have called “Dad” your whole life. The best-case scenario in which this can happen is when the parents who raised you reveal this fact to you calmly and assure you that they are only telling you this in the interest of being honest; it is your choice how much effort, if any, you want to make to establish or continue a relationship with the people that you are just now finding out are your genetic relatives.

Imagine how disruptive it would be if your dad, finding out the results of a DNA test, suddenly announces that he no longer wants anything to do with you because he is not your real father, as if you were the one deceiving him by pretending to be his child. The family courts know that DNA paternity testing can create as many problems as it can solve.  Therefore, they only order it when doing so would be in the child’s best interest.

Likewise, when the parents undergo DNA paternity testing on their own initiative, the court only considers the results when doing so would help it decide what is best for the child. If you have been surprised by the results of a paternity test, or if you plan to take one, it is best to consult a father’s rights attorney in Orlando, FL first.

Slowinski appealed the decision, arguing that the trial court should have dismissed Sweeney’s case outright because the child already had a legal father, namely Slowinski. The appeals court overturned the trial court’s decision and gave full custody of the child back to Slowinski.

John Slowinski’s ordeal was the worst-case scenario. The moral of the story is that your rights as a child’s legal father are virtually indelible. Another man cannot take those rights away without your consent, no matter who a DNA test says are your genetic relatives. If your ex-wife, her new husband, her ex, or anyone else tries to take your children away, the law is on your side.

A DNA test alone does not change someone’s status as a legal father; having been married to the mother is a more important factor. If someone is challenging your status as a child’s legal father during or after your divorce, you need a men’s divorce lawyer. Contact Sean Smallwood in Orlando, Florida for a consultation.