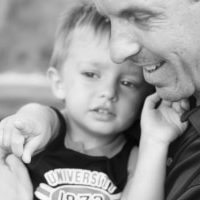 Although paternity fraud is still quite prevalent in Florida and throughout the United States, parents should also beware of erroneous results in DNA paternity testing.

According to World Net Daily (WND), up to 30 percent of paternity claims are fraudulent. Paternity fraud occurs when a mother or father deliberately tricks another man into believing that he is the child’s biological father.

Unfortunately, misattributed paternity, also known as paternal discrepancy, is not the only thing a parent should watch out for when a dispute arises regarding the identity of a child’s father.

It’s also not uncommon for DNA paternity tests to be found inaccurate and unreliable, which is one of those situations when you should contact an experienced paternity discrepancy attorney to get help.

Although it’s known that at-home DNA test results can be wildly unreliable – with Newsweek reporting that nearly half of at-home genetic testing could be wrong – testing errors and inaccurate results are also possible when performed by a professional paternity testing firm.

This was the case with a Michigan-based National Legal Laboratories, which is currently being sued in a multi-million-dollar lawsuit for providing incorrect DNA testing results more than 20 years ago.

As reported by Madison – St. Clair Record on Aug. 1, 2019, the father, mother, and their daughter are suing a DNA paternity testing company for carrying out inaccurate genetic testing more than two decades ago. The 1998 test found there was zero percent that the man was the biological father.

In March 2019, the DNA test was repeated at the urging of the daughter, and the test revealed a 99.9 percent chance that the man was actually her biological dad. The family is seeking $1 million per count in the 12-count lawsuit filed in Madison County, Illinois. These counts include allegations of negligence, breach of contract, and violations of state law.

Though our firm would not be able to sue the testing companies, we could certainly advocate for a new test to be court-ordered. We assist our clients with family law cases -suing the testing company would be a civil matter and you would need an attorney that specializes in civil matters to assist you in moving forward with your case.

False DNA testing results can be produced by not only lab errors, but also falsification and tampering with the paternity tests. This was the case in Dale County, Alabama, in May of 2019, when a local lab owner was accused of falsifying drug screening reports and paternity tests, according to The Dothan Eagle.

Cases like these are not unheard of in Florida, where our Orlando paternity establishment attorney practices law. As an increasing number of couples have children outside of marriage – according to ChildTrends, about 40 percent of childbirths in the U.S. are out of wedlock – establishing paternity becomes even more critical than it used to be a few decades ago.

How An Orlando Paternity Lawyer Can Help

If you have evidence that proves that a paternity test is not accurate an Orlando paternity lawyer can review this evidence with you and may be able to motion the court for a new test to be completed. If you wish to take things a step further and wish to sue the testing company, we can refer you to a firm that specializes in civil litigation (different from family law) so that you can discuss your options based on your specific circumstances.

Our firm does not specialize in civil litigation, but we can help ensure our clients’ parental rights are protected. If you are concerned about falsified or inaccurate paternity test results, we recommend requesting a second test. While you may be required to pay for the second test, the results can prove to be invaluable. Even though properly administered DNA testing can be inaccurate, it is considered a highly reliable method of paternity testing, and a second test will likely enable the courts to determine if the original test was inaccurate or unreliable.

In Florida, father’s rights are established in one of two ways:

Contrary to popular belief, signing a birth certificate when a child is born does not establish the rights of a father. The signature merely establishes a presumption that the signee is the father.

In order to file a Petition to Establish Paternity in Florida, the petitioner must be a resident of the State of Florida for at least six months prior to filing. Anyone who believes himself to be the biological father may file a petition to establish paternity.

An Orlando paternity lawyer at the office of Sean Smallwood, P.A., is here to answer any questions you may have. If you need help with establishing father’s rights in your case, speak to our family law and divorce lawyer by calling at 407-574-6155 or submitting this contact form.

The best way to combat falsified or inaccurate DNA testing results is to not have to worry about them in the first place by doing everything possible to guarantee accurate testing in the first place. Accurate, reliable testing allows everyone to know where they stand in a custody case, which keeps the case on track, getting you to a resolution more quickly. Most inaccurate testing is due to improperly collected samples, fraudulent samples, and lab or human error. While no test is 100% accurate, there are some steps you can take to help ensure reliable results: