Why Won’t She Allow Me To Be There For The Birth Of Our Child? 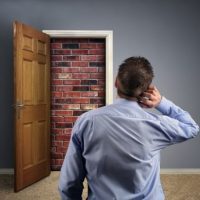 Why Won’t She Allow Me To Be There For The Birth Of Our Child?

As an Orlando divorce and family law attorney one question that many of my male clients ask me is; why can my ex tell me I can’t be there to see the birth of my child? Most of the time when child custody attorneys see a mother forbid a father from being present at or immediately after the birth of a child it is in the context of an unmarried couple where a breakup occurred during the pregnancy prior to the birth.

As I write this post I am sitting next to my wife in the hospital as she recovers from giving birth to our third child who is our first son. I am well aware of the amazing and life changing experience that it is to watch the birth of your child and to be present in the hospital for the first days of a child’s life. For many fathers it is a very difficult pill to swallow to be forbidden from the delivery room or from the hospital room after the birth of their child. Many have a hard time understanding why they do not have the right to be present during the birth and the realistic answer comes from an honest look at the law and then at the process of labor, delivery, and recovery that mothers experience during child birth.

For a long time being a child custody practitioner in Orlando Florida practicing father’s rights, I desired to pioneer case law that would permit fathers to see their child immediately after birth considering the importance of that time in a child and parent’s life. Though as time passed and my experience in law and in life expanded I began to see this topic in a different light.

In Most Jurisdictions An Unmarried Father Must Petition The Courts To Be Deemed The Legal Father Of The Child.

In most of the United States an unmarried father does not automatically have all the rights and responsibilities of being father until he is adjudged the legal father by the court and given rights such as; shared decision making authority, access to school and medical records, a time-sharing schedule, and for dad to have a say in whether or not mom can move far away with the child.

Often unmarried fathers who have not obtained this judicial grant of the rights of being a father have stood by watching powerless as the child was moved out of state with the mother even after calling law enforcement only to be told there is nothing the police can do until the courts determine the father’s paternity as a matter of law.

Labor and Delivery; The Most Highly Emotional, Painful, And Private Time In A Woman’s Life.

Though I am a staunch advocate for father’s rights and am a male who will never completely understand what it is truly like to go through pregnancy. I won’t ever understand the body changes that accompany pregnancy, the insecurity with one’s body that develops, and the labor and delivery with the fear, pain, and exposure of private body parts to a room full of strangers. However, I have been by my wife’s side through three pregnancies and deliveries and my assessments in this section are based on my observations in that role.

After nine months of astronomic hormone increases, substantial body changes, aches, pains, the seeming loss of their good looks, and many emotional changes to name only a few expectant mothers find that nearly a year of emotional stress and pain come to a climax in one single 24 hour period.

During this time mothers are given the choice of one, maybe two people to be present for the birth and understandably they often choose a family member whom they trust and feel closest to. If the expectant mother and the father are no longer in a relationship then we are essentially asking her to allow her ex to be present at the most painful, fearful, and vulnerable moment of her entire life. In this scenario where mother and father are no longer in a relationship we know that the breakup took place at least within the past nine months and that there are  probably still some bitter emotions or hurts lingering from the breakup which will usually still be pretty fresh.

Why Would An Attorney Who Also Practices in Fathers Rights, Advocate for a Mother’s Choice on This Issue?

Though a large part of my practice is in father’s rights cases, I am a father myself, and I have previously sought to establish case law to permit fathers into the hospital room over mothers’ objections; I must admit to you now that I believe mothers should always have the final say on who is permitted to be present for a baby delivery and who can visit the hospital room directly after a birth. This comes from my experience in the delivery room.

The loss of this important milestone in a child’s life will just need to be made up for fathers who are excluded by mothers from the hospital during a child’s birth. This is because of the highly personal nature of the labor, delivery, and recovery process. To attempt to force a woman to allow her ex significant other to be a part of this process against her will would surely violate a mother’s right to privacy.

On the flip side of this, however, mothers should try to understand that there is another parent who, regardless of their role in the breakup, may be wanting very badly to see their child for the first time by visiting after the delivery. Additionally, mothers must remember that regardless of her feelings the father will most likely be an active part of the child’s life for a long time and that something as simple as letting dad have a short visit with the child at some point in the hospital could pave the way to an amicable resolution to future conflicts and litigation over child issues.

If you are a parent going through an custody issue then call us today to discuss your rights and options.