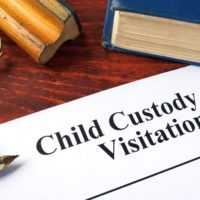 If you are a father who has already filed for divorce or are considering making this life-altering decision, you are probably worried that a Florida court would prefer the mother of your child when awarding child custody.

Is your fear baseless or not? Are Florida courts biased against fathers when giving custody? That is the question only an experienced Orlando men’s divorce attorney can answer.

Let’s start with the facts about men’s divorce in Florida family courts.

Is There a Gender Bias Against Fathers in Florida Family Courts?

According to a 2016 report by the U.S. Census Bureau, one of every six custodial parents are fathers (that’s fewer than 18%).

It is hard not to notice positive trends in the erosion of gender bias in U.S. family courts.

In Florida, courts cannot make custody decisions based on gender (it would be against the law to do so).

It is true that for decades, courts in the vast majority of states, including Florida, were biased against fathers when awarding primary custody. This was called the “tender years” doctrine, which resulted in mothers receiving custody in over 90% of divorce cases.

However, an increasing number of researchers across the United States began to present evidence proving that it was in a child’s best interests to spend as much time as possible with both mother and father.

Eventually, the so-called “tender years” doctrine was replaced by a new statute in 2008, which determined that it is in a minor child’s best interests to have “frequent and continuing contact with both parents after the parents separate,” adding that there is “no presumption for or against the father or mother.”

In essence, the 2008 statute prohibited any form of gender bias when awarding custody and making parenting plan decisions, and made it more problematic for one parent to seek sole custody.

How Can a Father Protect His Rights When Seeking Custody and Time-Sharing?

Still, how common is it for Florida courts to give more time-sharing to the mother of the child?

Although Florida law explicitly states that equal time-sharing is best for a kid, a family court may choose to award majority time-sharing to the mother if she proves that the child prefers living with her or she demonstrates evidence that the father would not be a good fit to have physical custody of the child.

When awarding custody, time-sharing, or making parenting plans, it is vital for a family court to consider a variety of factors. For a father in Florida, being represented by an Orlando men’s divorce lawyer is the most optimal decision to prevent gender bias and ensure that the child’s best interests are the central concern of the decision.

Contact an Orlando fathers’ rights attorney at the office of Sean Smallwood, P.A. Complete this contact form or call at 407-574-6155 today.