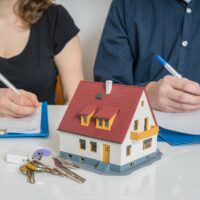 Is It Possible To Set Aside a Divorce Settlement Agreement?

As a divorce attorney in Orlando Florida, I have seen a lot of situations where people have come into our office for a consultation expressing concern regarding an agreement to settle their divorce that they entered into and now are realizing that there are major problems with the agreement.

When kids are involved in the case, the courts will always be concerned with any substantial changes in the situation that impact the children’s best interest. This means that as long as a final judgment has not yet been entered, a court will often consider setting aside a marital settlement agreement if the agreement is no longer in the best interest of the children.

A few examples of cases that I have seen where this has happened include situations where there are allegations of child abuse or neglect, newly discovered information that substantially impacts children’s safety, or one parent not exercising very substantial amounts of the time-sharing with the children that they agreed to. Though there are many reasons that a court would consider setting aside an agreement on a child’s best interest argument, these are the most common that I have seen.

Changes in financial situations. Most divorce settlement agreements include provisions for either child support or alimony. It is not uncommon for the parties to settle a divorce at mediation and then end up waiting several months until the final judgment is entered by the court. One common issue is that a parent’s financial situation can change substantially during that window of time between the agreement and the entry of final judgment requiring the court to reevaluate the support obligation.

It is important to note that any loss of income that is caused by someone’s intentional action will not provide them a reduced support obligation as that is called intentional underemployment and the courts will not lower someone’s support if that is taking place.

If you believe that your divorce agreement is no longer valid and should be set aside the first thing you should do is contact an experienced Orlando divorce attorney. An experienced attorney can advise you whether or not you have a meritorious case to try to set aside the agreement. It will be very important to make sure that a final judgment has not yet been entered.

If a final judgment has been entered then you would most likely not have the opportunity to set aside the agreement and would instead need to file a modification which has a heavier burden to meet in order to make a change.

It is important to note that in some limited situations it is possible to set aside an agreement after final judgment has been entered but this is a very rare thing for judges to do and would need to be based on a specific type of fraud committed during the divorce settlement process.

Once you have confirmed that your final judgment has not yet been entered, your attorney would need to file a motion to set aside or vacate the agreement. In the motion, your attorney will need to set out the specific facts as well as what legal authority you are basing your argument on. Legal authority generally consists of court case law or statutory language.

Once the motion has been filed a hearing will need to be scheduled to take place on the motion. That is where testimony will be taken and evidence presented to back up the claims made in the motion. When the hearing is concluded the judge will make a decision whether or not to set aside the agreement or to let it stand.

If the court does vacate the marital settlement agreement, the judge will have two options to choose from. The court can either:

Therefore, anyone considering trying to set aside their marital settlement agreement needs to understand that if they are successful in setting aside or vacating the agreement, they need to be ready both emotionally and financially for the possibility of an immediate trial being ordered.

Can I Set Aside A Divorce Agreement in Florida?

“Is it possible to set aside a divorce agreement?” is a big question that comes up for a lot of people.

My name is Sean Smallwood, an Orlando Florida divorce attorney. Now, I’ve got to give you a quick disclaimer that nothing on this site is meant to constitute legal advice and/or meant to encourage the formation of an attorney-client relationship. Everybody needs to consult an attorney regarding their individual set of facts because what I’m about to tell you can apply differently based on different sets of facts.

The question of whether or not to set aside a divorce agreement comes up for a lot of people who will go to mediation and enter into a settlement. They may wake up in the middle of the night and think “Oh my word, what have I done? I made a horrible mistake!” or they’ll go a few weeks and the other party is not following the agreement.

Another common situation is where they’ll try to exercise the time-sharing schedule or the alimony agreement and it’s just not enough money, time, or logistically workable, and they will want to hit the “reset” button.

The Courts have a foundational belief that a mediation agreement needs to stay in place unless the situation is serious. Most of the judges here in Central Florida are usually very hesitant to set aside or vacate a divorce mediation agreement because they don’t want people just getting buyer’s remorse. This could, if allowed, clog up the court system with litigating issues that were already settled.

There are a few circumstances where your divorce lawyer is going to have a better opportunity to file a motion, get a hearing, and make an argument to set aside a divorce agreement: if there was fraud, misrepresentation, coercion, that sort of thing. It is rooted in contract law theory and not a lot that divorce attorneys usually get into that, but when something like that’s going on, it’s usually pretty obvious.

Some of the other ways to set aside a divorce agreement are if there’s a substantial change that makes the agreement no longer workable (ex. someone loses a job before final judgment or someone starts making a lot more money before final judgment is entered). Also, if the agreement just turns out not to be in the child’s best interest, this can also get your foot in the door to request a motion to set aside the settlement agreement.