How to Set Aside A Prenuptial Agreement In Florida 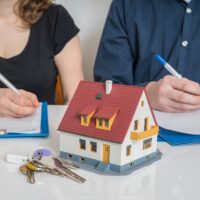 As Orlando FL divorce attorneys, we very regularly hear our clients tell us that they wish they had gotten a prenup before they got married. However, a prenup does not always mean that their assets would have been protected. This is because prenuptial agreements in Florida have very specific rules that must be followed when getting them signed.

If someone does not follow these rules perfectly, then it becomes easy for the other spouse and their lawyer to invalidate or set aside the prenup, making it as though there had never been one.

What are some of the ways a divorce lawyer can set aside a prenup?

There are many ways that a prenuptial agreement can be held invalid by the courts, but the most common of those include: drafting an agreement that is fundamentally unfair to the other party, not making full and frank financial disclosure in the agreement, not giving the other party sufficient opportunity to review the agreement with an attorney, and not making sure that the agreement is written in a language the signing spouse can understand.

In Florida, as is the case in many other states, a prenuptial agreement that does not make sufficient provision for the other spouse can be held to be fundamentally unfair.

If the prenup would cause the signing spouse to become a ward of the state then the courts have invalidated them for public policy purposes.

It is usually a good idea to make some provision for the other spouse in a prenuptial agreement in order to avoid this argument.

This is probably the most common mistake that we see people making when they enter into prenuptial agreements in Orlando, Florida.

This is because the rules and case law require that the party signing the prenuptial agreement in Florida has a full understanding of the amount of assets that they are waving the right to take in a divorce.

Making this financial disclosure can be accomplished in several different ways. We have seen it done as simply as both parties attaching a bullet point list of all the assets they own such as investments, real estate, vehicles, and expensive collections.

In more highly asset situations, some prenuptial agreement attorneys will go so far as to hire forensic accountants to create in-depth reports of the assets of the parties attaching those reports to the agreement and videotaping the signing of the agreement.

While that is not a necessity in every case it does become a good idea in more high asset scenarios where there is more risk.

As stated above, when someone does not list their assets in the prenuptial it does create a very large risk that it could be found invalid down the road.

Another common mistake that parties make when entering into a prenuptial agreement is when they do not provide the other spouse enough time to think about it, or to review the agreement with an attorney if they wish.

The cliché example of this scenario is where the husband-to-be surprises the wife-to-be with a prenuptial agreement that is very complicated and lengthy and demands that she read it and sign it on the spot.

This is a big mistake because prenuptial agreements are taken very seriously by the courts mainly because they are a legally binding contract that is entered into between two people in a position of mutual trust.

This is very different than an agreement entered into between two people who have been going through litigation and are not in a position of trust but are in an adversarial role.

If you are going to try to get a spouse or a fiancé to sign it legally binding contract you guys are in a fiduciary position of trust and it will be important that the other party has time and opportunity to seek legal counsel before signing the agreement otherwise it could be invalidated.

Finally, the last most common issue we see is one where the agreement is drafted in English and the person signing does not read or write in English as their first language or has just recently moved to the United States and is still learning English.

I would not have guessed that this would make it to the most common list, but it has surprisingly.

In Florida, there are high numbers of people who migrate to the United States to get married to United States citizens and when they first arrive they are not yet speaking, reading, or writing English proficiently.

This places them in a very vulnerable position where they are forced to trust their future spouses and what they say the agreement consists of.

If someone travels from Russia for example and does not yet read or write in English but is presented with a prenuptial agreement written only in English, there are going to be big issues with the validity of that agreement.

If, however, the parties obtained a Russian translation of the agreement and attached that as an exhibit to the English version there is a much better opportunity for the agreement to be held valid.

To take it a step further if it was ensured that the future spouse had a Russian-speaking attorney advising him/her on the prenuptial agreement they would have been in an even better position to have the agreement held to be valid.

If you are seeking a prenup, or are facing a divorce and want to speak to an attorney about your options to set aside or enforce a prenup, contact our office today to discuss your issue with an experienced attorney.