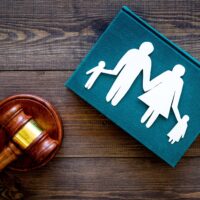 Any time a married couple who has children under the age of 18 decides to get divorced they will need to address child custody issues in their case. These are situations that involve a great deal of knowledge of the law and should only be finalized with the assistance of a skilled Orlando divorce lawyer in order to ensure that there are no unexpected surprises down the road.

In this article, I will touch on some of the most common issues that divorcing couples in Orlando Florida deal with, some tips to remember, and some friendly strategic advice.

It is very important to remember, however, that every case is different and you should always consult a competent divorce attorney in Orlando Florida before you take any actions based on the information you read online. Additionally, this article is offered for informational purposes only, does not constitute legal advice, and is not an invitation to begin an attorney-client relationship as this would require a written agreement for representation signed by both the client and the attorney.

Who is this article for?

A word of warning.

Many people enter the divorce process planning to represent themselves, in the beginning, to save money with the intention of hiring a divorce lawyer later if the case does not settle at mediation.

This is not a good approach to take because most of the strategic maneuvers that your attorney can take occur from the beginning of the representation through the mediation. If you hire an attorney after mediation you have lost most of your opportunity to strategically work up your case the right way.

At Sean Smallwood, P.A. we take strategy so seriously that the vast majority of times if someone contacts our office wanting to retain our services for their divorce that is already past mediation we will usually decline that representation and refer them to another law firm. This is because most of the opportunity for us to strategically work the case up has passed.

If I had to sum up all of my recommendations to divorcing couples facing child custody disputes it would be to remember the golden rule.

We all learned this as children the simple rule that states “do unto others as you would have them do unto you.”

The reason I recommend this is not just because I want my clients to be nice to their ex, or because I want them to give away any leverage in the case. The reason this is such important advice is that if the divorce case ever sees the inside of a courtroom the judge is going to be closely looking at the conduct of the parents during the case and how they treated each other.

This means that before you send that angry text to the other spouse filled with four-letter expletives ask yourself if you want them to be sending you the same message. If the answer is no, then rethink how you are going to write that message.

I can almost guarantee you that if your case goes to trial the other party is going to bring the one text with them to court where you curse them out and is going to ignore the 999 other text messages you sent sounding like a mature coparenting adult.

If you follow the golden rule as much as possible during your divorce, as hard as this will be sometimes, you will be in a much better position to avoid a lot of the traps that parents are caught in during divorce.

She never lets me see the kids/he never asks to see the kids: you might as well be saying the same thing.

It is never safe in a divorce case to assume that “as long as I go to court armed with the truth then I will win the day.”

The divorce judge is usually going to decide who they believe based on evidence. In the absence of documented evidence secondary to that the court will start to look at the believability of the individual witnesses.

This means that for the husbands who believe that their wives have refused to let them see the kids you need to document your attempts to see the kids. Otherwise, when the other party comes to court and says “he just never tried to see the kids but he could’ve seen them anytime he wanted” the judge won’t know who to believe.

For the wives, the same applies if your position is that the husband never bothered to come around to see the kids, but he comes to court and accuses you of keeping the kids away from him the judge also won’t know who to believe.

Unless there is evidence.

Evidence in the form of text messages, emails, communications through talkingparents.com are all examples of documented evidence that can be used in court to show that you had been attempting to see the children, or attempting to encourage the other parent to come to see the kids.

If you have this type of documentation you will be in a much better position to have the judge see things your way.

“But things are really bad over at the other parent’s house there’s no way the judge would ever give them custody.”

One of the biggest mistakes that I see from parents going through a divorce is where things are so bad at the other parent’s house that they feel like the custody case is a slam-dunk and they don’t bother preparing properly.

This can happen when there are addiction issues, abuse, neglect of children, abusive new significant others, unsafe living conditions, and the list goes on.

The question you must be asking yourself is “how am I going to prove that these conditions exist at the other parent’s home?”

This is because if the other side does not admit to these things in their testimony you can have a very difficult time getting the judge to enter a one-sided custody order based on your words alone.

If you think that all you need to win your custody case is to show up in court and testify about what goes on in the other parent’s home without any evidence to prove it then you may be in for a disappointment.

Generally, your divorce judge is not going to allow your kids to come to court and testify about the conditions at the other parent’s home. Likewise, it would be hearsay for you to attempt to testify about what the child has told you are going on at the other parent’s home. This would draw a hearsay objection and you would not be permitted to tell any of the facts that the child related to you.

Then how the heck am I supposed to prove to the judge what’s best for my child?

This is where the use of a guardian ad litem can be very effective. In my divorce law firm in Orlando Florida, I rely heavily on the use of Guardians ad litem for these very reasons. We call them GAL for short.

A GAL is a nonbiased third-party attorney who does not represent the interests of the husband or the wife in the divorce and is appointed by the judge for the purpose of representing the minor child and their best interests.

A guardian ad litem will conduct an intensive investigation where they meet with the parents, build a rapport with the children, conduct home visits, and speak to collateral witnesses such as teachers, physicians, therapists, in addition to reviewing evidence presented by the parties and the pleadings in the case.

At the conclusion of the guardian’s investigation, they will provide the court with a written recommendation of what the permanent time-sharing schedule with the children should be.

What Factors Can Impact Parental Responsibility (Child Custody) Orders in a Florida Divorce?

Now that you’ve got some of the most important strategic moves you also need to understand how the judge is going to decide the custody issues in your divorce.

Most people think that your divorce judge has limitless power and authority. In a lot of ways, they do, however, they can only exercise that power after they make certain findings based on factors that are spelled out in the Florida statute.

If you think you have a slam dunk custody case then you must prepare for court in a way that provides the judge all the information he or she needs to check off all of the statutory boxes. If you are not prepared then as much as the judge may want to give you what you’re asking for they may not have the authority to do so.

This is why you have to have a knowledge of the statutory factors that the courts use to decide custody issues in divorce and be thinking about those factors throughout the case and when preparing for court.

When modifying or establishing parental responsibility and developing or approving a parenting plan, the Court’s primary consideration will be the best interests of the child.

Below we have outlined some of the factors that judges may consider when making this determination, pursuant to Section 61.13(3) of the 2019 Florida Statutes:

In conclusion, even though with the information provided in this guide you will be miles ahead of other divorcing parents going through child custody issues, however, I cannot stress enough the importance of utilizing an experienced Orlando divorce attorney to assist you with your case.

These cases consist of 80% strategic workup, 15% knowledge of the law, and 5% ability to show up to court on time and argue the case. When you think about it this way there is no substitute for the years of experience that a competent divorce lawyer can provide in your situation.

If you are need a divorce attorney in Orlando Florida, then call our office today. Our team of divorce professionals can guide you through your divorce in a way that will minimize your stress and maximize your odds of achieving an amicable resolution.