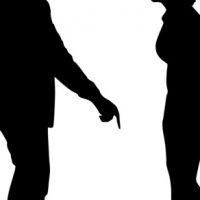 One common aspect of litigation that divorce attorneys have to deal with on a regular basis in their divorce cases is when one of the parties, normally the wife, will make accusations of violence and file a domestic violence injunction. Most divorce lawyers understand clearly that once a domestic violence injunction is filed and put in place it normally will increase the cost and depth of litigation in the divorce case substantially.

An injunction for protection against domestic violence, when granted on a temporary or permanent basis, will often force the respondent who is accused of violence to vacate the marital residence, not have an opportunity to see the children, and be subject to arrest by law-enforcement if they attempt to directly or indirectly contact or come within a certain distance of the spouse who filed the injunction.

Once the injunction is filed a duty judge will usually review it within 24 hours to decide if it meets the criteria to be granted on a temporary basis until a hearing can be held on the merits of the allegations.

While injunctions serve a very important role in the divorce process by protecting spouses from violence one problem that many divorce attorneys and judges run into is where married people wanting to seek a divorce will make false allegations of domestic violence in order to gain a strategic advantage in their divorce case mainly as a means to secure the majority of the time sharing with children.

Unfortunately such cases often result in the accusing party having more time sharing than the accused because one of the statutory factors that courts consider in custody cases is whether or not a parent can provide an environment for the child that is free from domestic violence. This means that if the court finds that domestic violence occurred it can and often will be used against the responding spouse in the custody battle.

Currently in Orlando Florida there are three Circuit Court judges who handle domestic violence allegations in divorce cases. All of them are very experienced at judging violence allegations in divorce cases and divorce lawyers in Orlando Florida who find themselves litigating these types of allegations are fortunate enough to have these experienced judges in place at this time so that clients can get solid advice and expect consistent fair rulings from the bench.

If you have a domestic violence issue involved with your divorce, or other family law case, and need to speak to an attorney in the Orlando area, then call Sean Smallwood today at 321-800-3682, or send an email.

By Sean Smallwood | Posted on November 6, 2015 Tags: divorce and violence