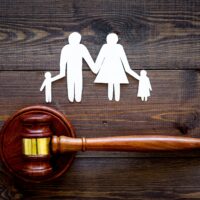 What Happens If I Have to call A Domestic Violence Attorney in Orlando Florida?

It is important to know that if an allegation of domestic violence is made during your divorce or paternity action that the complexity of the case increases tremendously. This is because after the petitioner files the petition for protection against domestic violence with the clerk of the court a full evidentiary hearing will be held if the claim meets the statutory requirements.

This essentially means that there will be a trial-type of hearing that will occur usually within about two weeks. This is often not sufficient time to prepare adequately for a case especially if it involves witness testimony, evidence presentation, and the possible need for subpoenas of law enforcement or other witnesses.

One of the biggest mistakes that we have seen people make when they are served with a petition for an order for protection happens when the respondent, that is the accused, believes that they are innocent and decides to go to the evidentiary hearing alone without witnesses or an attorney and that the truth will prevail.

While this is what should happen it is rarely what actually does happen in hearings for domestic violence injunctions. 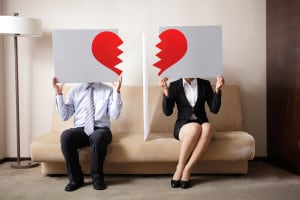 It is extremely important to know that a judge will often make a conservative decision to enter an injunction if the testimony of the petitioner checks off all of the statutory boxes necessary. For this reason, it is vitally important to have an attorney represent you at your hearing who understands proper preparation.

If your spouse has accused you of violence, you should contact a lawyer immediately. Not only can an allegation like this damage your reputation, but it will also leave you at a disadvantage in any divorce proceedings due to Florida divorce laws.

One of the many ways that this holds true is because if an injunction is entered against you you will usually be removed from your home, receive supervised only time-sharing with the children, be forced to surrender any firearms that you own, be mandated to attend a very lengthy batterers intervention program, among other items.

Another problem with having an injunction entered against you is that the Florida statute for determining a child’s best interests in any custody case specifically states that a judge can and should construe a history of domestic violence against you when determining custody of your children.

This means that if you have a pending injunction your judge will likely assume that this factor would be weighted against you and in favor of the other parent.

How Divorce Proceedings Work When Domestic Violence is Involved

Divorce proceedings unfold differently depending on the nature of the relationship. Some divorces are mutual, and the split is reasonably amicable.

However, if domestic violence is involved, the split is rarely a friendly one.

Divorce proceedings will take many factors into account, including division of assets, occupation of shared property, and custody of children.

You never want a judge to be forced to make a snap decision in terms of alimony or child support against you because the danger that you would be ordered to pay more than you should, or more than you can afford is substantial.

The length of time taken to complete divorce proceedings varies. The average length of time it takes in Florida is around a year, although complicated divorces such as those involving allegations of domestic violence can take far longer than this.

The steps you should take in response to a domestic violence incident vary depending on the particular circumstances of the case.

If the attack was severe or you’re in fear for your safety, leave your home immediately and contact the police. Go somewhere your partner will be unable to reach you.

For less violent incidents, police involvement may not be necessary, although this is entirely your decision. No violent act is lawful, and you have every right to press charges for even the slightest of assaults.

It is important to remember, however, that if you feel you are the victim of domestic violence, or that you are in danger of becoming a victim of imminent violence, but do not contact law enforcement this could be construed against the validity of your allegation if you try to raise this later in the custody portion of the case.

This is because a savvy divorce lawyer can ask you on cross-examination why you never bothered to call the police if you were victimized.

However, you should still leave your shared place of residence as quickly as possible.
What to Look for in a Domestic Violence Lawyer in Orlando, FL.

If you want to end your marriage in response to a domestic violence incident, you’ll need a divorce lawyer. You should opt for a practitioner with a successful history in this area of the law.

If you’re looking for a Divorce Lawyer in Orlando, FL, our practice is among the most caring and compassionate you will find. We have many years of experience in handling sensitive cases involving domestic violence, and you can be sure that we’ll handle your issues with the utmost care and professionalism.

“Mr. Smallwood represented my elderly father in a domestic case earlier this year. I found Mr. Smallwood and his staff to very kind and understanding. In the first meeting we had with Mr. Smallwood, he listened to my father explain the situation he was in and Mr. Smallwood listened patiently. We left that meeting having a plan of action. Any time we communicated with the firm via email, someone was always quick to respond. I would highly recommend Mr. Smallwood as someone to provide you with legal services.”