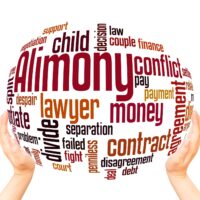 Increasingly, the family courts in Florida see alimony as a last resort. Equitable distribution is the governing principle in dividing a couple’s property when the marriage is dissolved because it means that each spouse gets a fair share of the return on the investments they made during their lives together. If the wife was a stay-at-home mother while the husband worked a high-income job, the court will assume, unless there is evidence to the contrary, that the wife’s actions, namely assuming all the childcare responsibilities and other unpaid work, also contributed to the family’s financial well-being.

Despite this, the courts aim to make the former spouses financially independent of each other after their divorce. They do not award permanent alimony unless the financially disadvantaged spouse has no other means of getting adequate financial support, such as if she cannot work because of a disability or if, because of her long absence from the workforce and dearth of job skills, her income will always be low even if she works from the day her divorce becomes final until she reaches age 65 or older. Most recipients of permanent alimony are above age 60, but the courts occasionally award it to younger people when appropriate.

If you need permanent alimony but your ex-spouse insists that you do not, contact a divorce attorney in Orlando Florida.

When the Children’s Needs Prevent Their Mother From Working

Kimberly and Douglas Dickson married in 1994, when she was 23 years old. Kimberly was a stay-at-home parent to the couple’s three children, all of whom have special needs. She home-schooled the oldest child, while the younger two attended public schools; all three children had individualized education plans (IEPs). During the last years of their marriage, Kimberly studied to get her license to work as a surgical technician, and the couple took out loans for that purpose. When the couple divorced in 2013, Kimberly was 42 years old, and she and Douglas disagreed about how long she should receive alimony.

Originally, the trial court sided with Douglas that Kimberly’s alimony should have a fixed end date because she had many years ahead of her to work as a surgical technician; he argued that her income plus child support would be enough. Kimberly appealed the decision, though. She argued that, because of her childcare responsibilities, she would never be able to work enough hours to survive without additional financial support from Douglas; the appeals court awarded her permanent alimony.

The appeals court’s ruling in the Dickson case did not address that, but when children continue to require financial support from their parents beyond their 18th birthday for medical reasons, the courts sometimes order child support payments to continue.

How This Case Could Have Turned Out Differently

The family courts follow guidelines for equitable distributions, alimony, child support, and parenting schedules, but being reasonable and fair does not always mean following the rules to the letter. The courts determine the details of every divorce and co-parenting arrangement on a case-by-case basis. If the wife was a stay-at-home parent during the marriage, should she be required to work after the divorce? In short, it depends.

In the Dickson case, the wife was only 23 years old when the parties married. When they divorced, she was in her early 40s, with no work experience and responsible for the care of three children with special medical needs. If it had not been for the children’s special needs, the court would probably have simply ordered rehabilitative alimony until the wife finished her education and became certified as a surgical technician. It might have imputed income to her beginning with her anticipated date of graduation; if the money she could make while working full-time was enough, the alimony would stop. If, because of her late entry into the workforce, the court determined her earning potential was so low that she would still need support from her ex-husband even when she worked full-time, it would likely have ordered permanent alimony, but in a lower amount than what the court in the Dickson case ordered. In either case, she would, of course, continue to receive child support until the children reached adulthood. In general, the subject of permanent alimony is up for discussion if the parties have been married for more than 17 years.

In the old days, most alimony orders were permanent, and almost all alimony recipients were women because women had very few opportunities for highly paid employment. Today, some people consider permanent alimony an outdated and unfair concept, and some even seek to eliminate the possibility of it. There is a stereotype about women staying in unhappy marriages just long enough to be eligible for permanent alimony, always promising to enter the workforce next year when the children are just a little bit older, or exaggerating their health complaints as an excuse not to work, and then filing for divorce and seeking permanent alimony as soon as they hit the 17-year mark. Of course, the myth of the 17-year itch has little basis in reality. The courts only award permanent alimony when there is no other alternative, even when the financially disadvantaged spouse argues that it is appropriate.

In some cases, permanent alimony is appropriate even if the recipient spouse is young enough and healthy enough to work, and even if he or she does work after the divorce. An alimony lawyer can help you persuade the court that you should receive permanent alimony or that you should not be required to pay it. Contact Sean Smallwood in Orlando, Florida for a consultation.