Which Parent Gets Education Decisions After Divorce 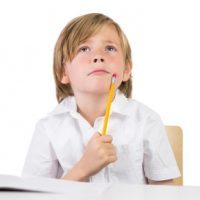 After a Divorce Many Custody Agreements End With An Even 50/50 Visitation Schedule Which Begs The Question: Which Parent Gets To Make School And Legal Decisions?

These days many divorce attorneys are seeing divorce settlement agreements that give each parent an even split of the time with the child. In these 50/50 parenting plans one question that often comes up is “who gets to make educational and other important decisions?” The answer, most of the time is that both parents do.

The divorce statute in Florida basically calls for divorced parents to exercise what is known as shared parental responsibility over the children. This means that if there is a major decision that relates to the children the parents need to discuss the options and jointly make a decision together on what to do. If they cannot agree then the courts may be involved by either going to mediation or to a hearing after filing a motion and setting the motion for a hearing.

Any divorce lawyer can tell you that the courts place a high importance on shared parenting and that a parent that continually violates shared parental responsibility may be found to not act in the child’s best interests and it can affect their time-sharing in some later modification action.

The major decisions that parents are suppose to be working together on most commonly relate to educational, medical, and similar decisions. If after the divorce parent “A” unilaterally decides to move little Johnny to a different school without consulting with the other parent then they need to rethink their approach because the courts typically do not like it when one of the parents gets controlling over the parenting and excludes the other parent from their role in the parenting process as it is important for children to grow up seeing that both parents are active in this process.

Another issue that can crop up in the divorce settlement process is when the attorneys are trying to figure out which parent’s home will be used for school district purposes and for other legal purposes.    Most of the time the parents are able to agree that in order to keep the children in the same school they need to use the parent’s address who reside in that district. Another thing that helps to reduce conflict on this issue and settle more divorce cases is the fact that the Supreme Court approved parenting plan specifically states that the designation for school and other legal purposes does not affect a parent’s custody or chance to get more later.

When divorce attorneys see parents fighting over the educational issue is is usually a sign of a larger issue in the case that is getting in the way of a settlement. It is important to have an attorney who understands this dynamic and can spot the larger issues and address them in an effort to reach the best possible resolution in your case.