Parker v. Parker, Paternity Fraud, and the Meaning of Fatherhood in Florida 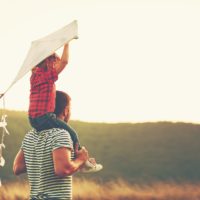 Finding out after years of marriage that your wife cheated and that you are not the biological father of your children is a father’s nightmare. Finding out that, despite all of the above, you are still obligated to pay child support for the children you did not beget is something Kafka would have likely written about if DNA paternity testing had been available in his lifetime. Families come in all shapes and sizes, and, as every adoptive father, stepfather, or father through embryo donation knows, DNA is not the only thing that makes you a father, but finding out that your wife lied to you about her adultery and about your children’s paternity is an enormous betrayal, and the child support obligation adds insult to injury. How does a father move on from this betrayal? How does it affect his relationship with his children? The first step is to contact a Florida paternity lawyer.

The Parker v. Parker case shows that the meaning of parenthood is not always clear-cut. Richard Parker and his wife Margaret were married in 1996, and their child was born in 1998; Margaret filed for divorce when the child was only a few months old. The terms of their divorce required Richard to pay child support of $1200 per month. Richard had difficulty meeting his child support obligations, and Margaret took him back to court to require him to pay. During these court proceedings in 2003, Richard claimed that, as Margaret had committed adultery during the marriage, he doubted that he was the biological father of the child. It appears that Richard did not know until after the divorce that Margaret had been unfaithful to him; even if he had, neither party expressed doubt during the proceedings that led to their 2001 divorce decree that Richard was the biological father of the couple’s child.

The results of the DNA paternity test showed that Richard was not the child’s biological father. Despite this, the court did not relieve Richard of his obligation to pay child support for the child. In 2005, Richard appealed the court’s decision. The court dismissed Richard’s request to be relieved of his child support obligations on the basis that Margaret had defrauded him. The court reasoned that, if a man questions that he is the father of his ex-wife’s children, he has one year from the time of the divorce to request a DNA paternity test. In other words, continuing to act as a father to the child, by not challenging his paternity until years later, constitutes acknowledgment of paternity.

Acknowledgment of Paternity and the Presumption of Legitimacy

DNA paternity testing changes the way the law deals with issues of paternity, but not entirely. Before DNA paternity testing was available, it was virtually impossible to prove with certainty who a child’s biological father was. A statistic cited in the appellate court’s decision in the Parker v. Parker case states that, in the 1940s, 10 percent of children born within marriage had been fathered by someone other than their mother’s husband. Most of the laws from before the advent of DNA paternity testing are still in place.

If the mother is married at the time of the child’s birth, her husband is automatically the child’s legal father. The only way to change this is if another man submits a Voluntary Acknowledgment of Paternity form, with or without a DNA test. If the mother is unmarried at the time of the child’s birth, the Voluntary Acknowledgment of Paternity form is the way to establish paternity; no DNA test is required. The acknowledgment of paternity becomes irrevocable 60 days after it is filed. Likewise, a man who questions the paternity of his wife’s or ex-wife’s children has one year from the time of the divorce to request a DNA test. One does not un-adopt children; likewise, a man does not stop being a father just because he has changed his mind or lost his trust in the children’s mother.

The law is clear: being present in the children’s lives is what makes you a father; not necessarily DNA. Just as importantly, being a dad means not going back on your promise to care for your children.

Learn more about our father’s rights attorneys in Orlando.