Contempt in Department of Revenue Child Support in Orlando, FL 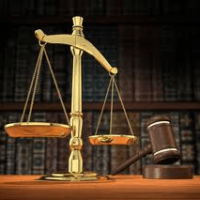 For anyone who pays child support in Florida, in a family law case that involves the Department of Revenue, the negative consequences of non-payment are always waiting just around the corner. Very often parents who owe support lose their jobs, have their schedules reduced, become injured, or for some other reason lose the income they once had causing them to fall behind on their child support payments.

If this happens the first thing that parents may notice will be a letter of intent to suspend driver’s license which requires action within twenty days of receiving the letter in order to avoid the suspension. One other sign that someone is behind on support payments is when the D.O.R. intercepts the parent’s tax refund. This can happen with little warning and for most, can be financially devastating.

The next consequence for non-payment of support can come in the form of a motion for contempt which may have been filed by the Department of Revenue or by the other parent and set for hearing. the hearing for these motions for contempt will occur in front of a child support hearing officer most of the time and can be quite a traumatic experience if one has never been to court on a contempt hearing previously. Many people have compared the D.O.R. contempt process to a criminal court proceeding since jail time is a constant threat in these hearings.

“Most of the time it is not a good idea to face a D.O.R. child support contempt hearing without first talking to an attorney” – Sean Smallwood, ESQ.

The most important thing to remember when going into a contempt hearing is that if you have been in front of the court recently on contempt for the same case then you are in danger of the court assuming that you are intentionally playing games with the system to avoid paying your child support. This seems to be the scenario that leads to jail time most often. While there are several ways to defend against jail time in this situation, having cash in hand to pay toward the delinquent amount can be very effective as well.

When child support hearing officers send parents to jail it is not for a specified time as is the case in criminal cases, but instead, the parent goes to jail until they can raise enough money to “purge” themselves out of jail. the purge is a preset amount toward one’s child support that acts like posting bail in a criminal case.

Sean Smallwood, ESQ. represents parents who have contempt issues in their Orlando Department of Revenue child support cases. Contact the office today to speak to an attorney about your case and to find out how we can help.