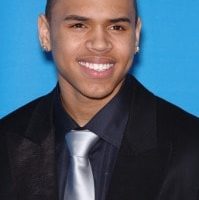 Chris Brown May Have Lost Himself A Sweet Child Support Deal

Chris Brown has found himself in a legal battle over child support and may end up losing the sweet deal he had on his child support payments.

Chris Brown is currently ordered to pay $2500 per month as child-support to the mother of his four-year-old child. The child’s mother however claims that Mr. Brown has not been paying his child support and she is seeking not only payment of his back child support arrearage amount but also an increase in his monthly support obligation to the sum of $15,000 per month.

In most parts of the United States anytime a parent wants to modify their child support amount they have to show what is called a substantial change in circumstances. What this means is that the life circumstances of either one of the parents must have changed in a way that would justify asking the court to review child support calculations. While it is unclear exactly what change in circumstances the mother in Chris Brown’s case is asserting I can only speculate that part of it would be Mr. Brown’s failure to keep up with his current child support payment.

From a lawyer’s perspective she’s probably going to need more than just his failure to pay support in order to get the substantial increase that she’s looking for. She’s going to have to prove that he is making a lot more money now than he was at the entry of the most recent final judgment for Child support.

One thing that scares a lot of fathers about Chris Brown’s case is the fact that the mother is seeking an increase in his child support payment from $2500 per month all the way up to $15,000 per month. The notion that such a huge increase is even possible is terrifying to many fathers, especially those who earned a substantial living for themselves. The truth however is that it would be extremely rare for such a substantial increase in monthly child support to occur unless the father had an increase in his income of around 350%.

Child-support is the result of a mathematical calculation that takes into account the incomes of both parents and how much visitation time each parent has with the child. For more information please see our page on child-support. Normally when we see celebrities with a high net worth paying child support we see numbers in excess of $10,000 and in some cases even $20,000 per month. The fact that Chris Brown is only paying $2500 per month for his child-support seems to be a very good deal for him that he will want to hold on to.

It may be possible that when he and the mother were going through their original child support case they may have reached some sort of a settlement for that amount that could have included some sort of other payments to be made in addition to regular child-support such as health insurance or child care to justify the smaller monthly amount.

If the mother in this case is able to show that she relied on some sort of guarantee in writing that Chris Brown was going to pay support for the child in other ways and she can prove that he has not done what he was supposed to do pursuant to a settlement agreement then she may get her increase. It would help her chances even more if she can show some sort of substantial increase in his monthly income as increased income is a textbook reason for requesting more support and is an easy win for the parent requesting the increase.

While I do not know all the details of the original settlement and final judgment it does seem like Chris Brown should have just taken care of his original obligation because now it seems like he may find himself on the hook for a lot more than he was paying before.