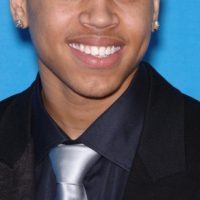 After reading up on Chris Brown’s child custody hearing back in September it becomes clear that the issues the singer faces in his case are the exact same issues that many other parents face every day in divorce litigation. Reports say that Chris’ ex has refused him time-sharing, demanded that he have supervised only visitation with his child, and asked the court for a substantial child support payment.

Even though Brown is represented by high profile attorney Mark Geragos, these are common issues that custody attorneys deal with on a daily basis.

Apparently the recent issues in Chris Brown’s custody case started when a group of men broke into Chris Brown’s home, held his aunt at gunpoint, and stole approximately $50,000 worth of property [2]. The Mother in his case argued that the home invasion was done by some of the unsavory characters that Brown associated with and that for that reason the child was not safe with Brown unless the time-sharing was supervised. Brown, on the other hand wanted shared custody with the child also known as 50/50.

Right off the bat I see a few issues with the mother’s arguments. First, the child was not present at the home during the robbery and neither was Brown. This means that the child was never in any danger and it would be very difficult for the mother’s attorneys to prove that Brown’s parenting decisions are what caused the home invasion to occur.

Next, most family court judges don’t take kindly to a parent who withholds visitations to the other parent without a very good reason. This means that if the judge did not agree with the mother about the reasonableness of keeping Brown away from the child, then the court may well have used her refusal of visitation as a factor to consider in awarding him the shared custody he was seeking.

As to child support the mother in Chris Brown’s case was requesting $15,000 a month in child support and the judge entered an order for him to pay only $2500 a month instead. Why such a difference? It is probably due to the fact that in most parts of the country child support is calculated based on incomes of the parents and how much time each parent spends with the child. Under the mother’s proposed supervised visitation schedule which she asked the judge to put in place Brown’s time with the child may have been so limited that the math would have had him paying out so much more in support. However, when the judge ordered 50/50 visitation for Chris the substantial amount of visitation time may well have caused the huge decrease in his payment.

The only thing I do not like about Brown’s recent outcome is that reports say he “agreed to have his mother present during his time with his child”. The problem with this is that he may have voluntarily added a serious limitation to his visitation with his child. That everywhere he goes with the child and every moment the child is with Brown at home his mother must be present.

This can cause problems for the case in two different ways. First, if the mother in the case finds out that at any point in Brown’s visitation the supervisor was not present she could try to have Brown held in contempt or try to temporarily suspend his visits. At the end of the day it will be a challenge for Brown to ensure that his mother will be there to supervise a 50/50 visitation schedule. The other reason I do not like volunteering to have his mother present for all visits is that it could be seen as an admission that there may be a safety issue to begin with.

This recent hearing seems to have only been a temporary hearing with the parties heading to mediation shortly after. Depending on the outcome at mediation, the case would either settle or go on to a trial.

The Law Offices of Sean Smallwood, P.A. Represents clients in child custody issues in and around Orlando, FL .