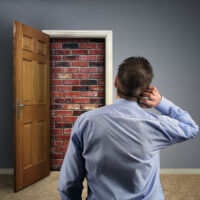 Imagine a nightmare in which you are married to the worst spouse you could ever imagine. Your spouse sabotages your finances, cheats on you, and says terrible things about you to your children. Now imagine finding out that you and your nightmare spouse were never really married in the first place. It is not as simple as waking up from a bad dream and realizing that all the terrible things you dreamed about never happened. Even if your marriage is not legally valid, you and your so-called spouse still have children together and still own property together. Even though the dissolution of your marriage in this situation is referred to as an annulment, not a divorce, many of the details are the same. Therefore, you should still an Orlando, FL divorce lawyer to help you legally annul your marriage, especially if you and your “spouse” have children and own property together.

The most famous example is the controversy that arose in the 16th century when King Henry VIII of England tries to annul his marriage to Catherine of Aragon so that he could marry Anne Boleyn. Before she married Henry, Catherine had been married to Henry’s older brother Arthur, who died several months after their wedding. Henry tried to persuade the Church to annul his marriage to Catherine on the grounds that the Church does not or should not recognize a marriage between a man and his brother’s widow; he cited a verse from the Biblical Book of Leviticus to support his argument. Catherine responded that her marriage to Henry was valid because she had never consummated her marriage to Arthur. In other words, her marriage to Arthur had annulled itself before she married Henry. Keep in mind that, in legal terms, an annulment means that the marriage never existed.

Another famous marriage annulment from history is that of the painter Effie Gray and the art critic John Ruskin; they married in 1848 but annulled their marriage six years later without having consummated it. Effie would go on to have eight children with her second husband, John Millais.

In recent decades, it has been the court’s practice to stay out of people’s bedrooms. The court will never ask you whether you have consummated your marriage, and if so, your answer would have no bearing on whether the court granted you an annulment. The most common reason for a marriage annulment in the United States is that one spouse had not finalized their divorce from a previous marriage before marrying their current spouse. In some cases, one spouse intentionally misled the other into thinking that they were divorced and free to remarry. In other cases, it was an honest mistake. Annulment cases often involve previous marriages solemnized in other countries. For example, the previously married spouse might have left their home country after filing for divorce and might have assumed that the divorce went through and that they could enter into a new marriage in another country.

An Annulment Case in FL From the Local News Headlines

Alan Grayson, a former member of the U.S. House of Representatives, married his wife Lolita in 1986, and the couple resided in Florida and had five children together. Four years after they married, Lolita applied for U.S. citizenship. On a question on her citizenship application that asked about her marriage to her first husband, whom she had told Alan that she had divorced, she wrote “separated.” Still, Alan and Lolita Grayson remained married for many more years. They filed for divorce in 2014, at which point a judge ruled that their marriage had never been legally valid. The court annulled their marriage in 2015.

Call it a divorce or an annulment, but Alan and Lolita Grayson were a longtime couple who had raised children together and owned considerable assets. Their oldest child was an adult by the time the marriage was annulled, but the court entered a parenting plan and child support order for the other four children. Lolita Grayson sought alimony from her children’s father, but the court denied her request because there had never been a legally valid marriage.

An annulment does not take away your rights or obligations as a parent. It does not take away your right to a share of the property you owned jointly with your ex. It does, however, change how the division of property works. In a marriage, all income earned and most property acquired during the marriage automatically counts as marital property, even if the bank account is only in one spouse’s name, or if only one spouse is listed as the owner on the title or deed. In an annulment, these assumptions are not there. There cannot be marital property if there was no marriage. Therefore, you will have to fight for every penny, and you will need a lawyer to help you do this.

Furthermore, an amicable annulment is even more elusive than an amicable divorce. The feelings of betrayal when you find out that your spouse has been deceiving you, even as you raised a family and built wealth together, are inestimable. The best way to arrive at a solution that is fair to you, your ex-partner, and your children is to let your lawyers, not your emotions, do the talking.

An annulment can be just as complicated as divorce, if not more complicated, and it is every bit as important to work with a divorce lawyer. Contact attorney Sean Smallwood in Orlando, Florida for a consultation.