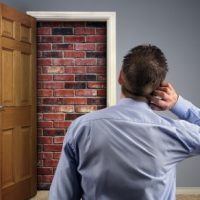 In Divorce Litigation It Is Very Common For Parents To Try To Use Divorce Lawyers To Play Keep Away With The Kids; Here Is Why That Is Not A Good Idea

In divorce cases involving children it is very common for divorce attorneys to deal with one parent refusing visitation with children to the other parent. There is no limitation to the number of reasons, excuses, or allegations of bad conduct that one parent in a divorce case may raise against the other as a means to withhold contact with the children.

These allegations may range from allegations of alcoholism, substance-abuse, controlling nature, domestic violence, psychological disorders such as bipolar disorder, and many more. What remains the same among all of these is that if the party to the divorce action who is withholding contact with the kids from the other parent is not able to prove this by substantial competent evidence to the court then they are in jeopardy of having their own timesharing called into question. This is because the courts generally hold fast to the belief that any parent who unreasonably keeps the children away from the other parent should have their timesharing called into question in favor of the other parent.

One general rule that some divorce attorneys have said is that in many ways in the divorce litigation the parent who is willing to give the most time is the one who is awarded the most time. While that is not a hard and fast rule that litigants should be guided by in all cases it does provide a framework in which to consider how one should approach voluntary timesharing while the divorce litigation is in progress.

I often mention in my blog articles that most jurisdictions in the state of Florida including the ninth circuit of Orlando have what’s called a standing administrative order for divorce cases involving minor children. This administrative order goes into effect when the petition is filed and served and it requires any parent who considers himself to be the majority timesharing parents to reasonably permit time sharing between the child and the other parent and that if they should unreasonably withhold time sharing that parents time with the child should be called into question when the case finally gets in front of the judge for trial in the divorce case.

To illustrate just how seriously the courts take this rule I can point out that there are many divorce lawyers who commonly make it a strategic approach in litigation to paint the majority parent as an alienator by demanding more time sharing than the parent is willing to agree to during the litigation and refusing to agree to anything less. By the time such a case goes to trial the parent seeking the timesharing may have gone months without seeing the child and even though it was due to their own all or nothing approach and their refusal to agree to anything less they are often successful in trial at making the other parent appear as though they unreasonably withheld or denied visitation the entire time.

For the reasons stated above it is extremely important for anybody who is involved in a contested divorce or other type of custody case to seek competent legal advice from an attorney. Litigation in divorce and family law cases is often a matter of planning and careful strategy and knowing how to spot it when the other side is trying to set your client up. Many people think that litigating a divorce is as simple as filing the right piece of paper by a deadline. However the unfortunate fact is that those litigants often do not realize what they’re getting themselves into until they find themselves on the wrong end of a court order.

If You are involved in a divorce or other type of family law issue involving children then call the law offices of Sean Smallwood, P. A. today at 407-574-6155 and ask about available payment plans.