The Effect Of Divorce on Younger Children Versus Adolecents 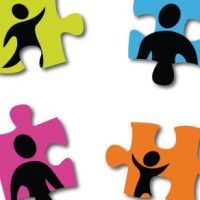 Most contested dissolution cases that divorce attorneys deal with include minor children where the kids are the main issue of contention. The age range for children experiencing divorce ranges from infant to teen age years. While most people recognize the importance of the effects that divorce has on children, but one point that is less frequently addressed is that of the differences in these effects on young children versus adolescents.

This issue was addressed by Carl E. Pickhardt PH.D. in an article published on psychologytoday.com where Dr. Carl examined the differences in effects of divorce on youngsters (age 9 and under) compared to adolescents (age 9 – 13). I have summarized some of Dr. Carl’s points here.

When a divorce occurs it forces children to go through substantial life changes. Kids see the relationship between their parents deteriorate, the child’s time is divided between two households as opposed to one, and no longer having the ability to see both parents at the same time. No matter how you look at, it the divorce will represent a major point in the child’s life.

In younger children, ages 9 and under, the response to divorce seems to increase the child’s dependence on their parents, according to Pickhardt. This is contrasted by the adolescent’s response of becoming more independent more quickly than they would have if the parents had not divorced. Additionally, younger children typically hold out hope that mom and dad will get back together far longer than the older children. This means that divorced parents who attempt to both show up to family events at the same time tend to “feed the child’s fantasy and delay the child’s adjustment”.

The stress that divorce causes to younger children can cause them to question whether the parent’s love for the child could also wither and die like the love between the parents did. This can lead to the child having temper tantrums, regress on toilet training, crying at bedtime, etc. The author points out that these behaviors can cause one parent to alienate the other parent from the child under the misguided notion that the other parent is causing these behaviors.

One problem that this writer sees in divorce cases on a regular basis is that the divorcing parents are focus on their own feelings and needs rather than those of the children. The process of splitting one household into two brings out a person’s instinct for self preservation as they begin to realize that major lifestyle changes may occur requiring much consideration of financial matters. Emotional hurt can compound this if one spouse was unfaithful during the marriage or if the parents start dating other people too soon after the split. Many divorcing parents can get caught up in their own business during a divorce and forget about the additional needs that children have during the divorce.

If you are going through a divorce or dealing with other family law issues, then call our office today at 407-574-6155