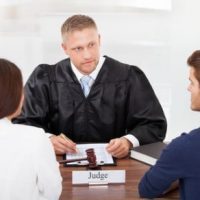 Thanksgiving Visitation Schedules Often Cause Trips To Court For Parents

This Thanksgiving holiday it is important for parents with child custody orders to remember that there are typically additional visitation days in parenting plans during the break children have from school for this holiday.

Child custody attorneys normally see an upswing in calls around certain big holidays where parents complain about violations of their holiday time-sharing schedules.

Violations of holiday time-sharing schedules come in a number of different ways such as a parent being very late to an exchange without calling ahead, not permitting phone contact with the other parent during the holiday, or even complaints that a parent is refusing to allow the other parent’s holiday visit altogether.

Flexibility is not just hoped for it is demanded by custody judges. One of the most common lectures that parents will get from child custody judges is regarding the need for the parents to be flexible with each other’s schedules when setting up plans for holiday time-sharing. This means that if the other parent asks to push the child exchange back one hour because they can’t get out of work you should not to deny them their holiday time-sharing on that basis.

Though this may sound silly you may be shocked to know how offer custody lawyers deal with contempt and enforcement issues just this petty. The problem, at its core, often may stem from bad blood between the parents that has lingered from the breakup, jealousy over the child’s affections, or a new significant other in the picture.

The negative emotions that creep in from any or all of the above occurrence leads to terrible communication between the parents which makes it impossible for them to co-parent ultimately causing them to fight over every single parenting decision causing stress to the child and needlessly requiring court involvement.

If and when a hearing is set regarding one parent refusing holiday visitation the parent who has refused to turn the child over to the other parent will need to have a very good explanation or voice a serious safety concern for the child otherwise they can expect findings of contempt, makeup time ordered for the other parent, and even possible modifications to the parenting schedules giving more time to the other parentIf you have a child custody issue then call the law offices of Sean Smallwood, P.A. today for a consultation at 407-574-6155