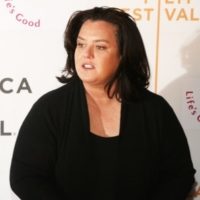 Will Rosie O’Donnell Need To Pass Drug Tests To Have Visitation With Her Daughter? A Lawyer’s View

Rosie O’Donnell is involved in a same sex child custody case with her wife, Michelle Rounds, over her 2 year old daughter, Dakota. Rounds’ lawyers are seeking a court

order for O’Donnell to have to submit to drug testing while the case is going on in order to guarantee the safety of the child during O’Donnell’s visitation.

The idea of same sex child custody cases may still seem alien to many people, however, family law attorneys in states approving gay marriage are starting to these cases trickle in as more and more states are passing laws recognizing same sex marriages from other states.

In most states, any child that is born to an intact marriage is deemed as a matter of law to be the legal child of the married couple. In states approving same sex marriages that rule also applies to same sex married couples who, as part of a divorce, would need to address issues of visitation and child support. For more information see our page on child custody laws.

The fact that Rounds’ is making allegations of substance or alcohol abuse against O’Donnell in their custody case is far from unusual. In fact, in most custody cases one of the parents usually have some sort of allegation of bad conduct against the other parent in the hopes that it will give then some sort of strategic advantage in the case.

In reality, though, family law judges know good and well that the parties to a case probably partied hardy together during the relationship and it was “all good” until the custody case starts up and then a parent suddenly becomes the moral center of the custody case. Many custody judges call this the old “apple don’t fall far from the tree” analysis.

Realistically speaking motions for drug and alcohol testing are not simple motions to have granted by judges unless there is substantial evidence that the alleged conduct is directly placing the child in danger of one type or another.

UPDATE: The judge denied requests to force O’Donnell to submit to drug tests in order to exercise her visitation in the 50/50 custody agreement, but her ex vows to keep trying.