How To Win Your Child Custody Case 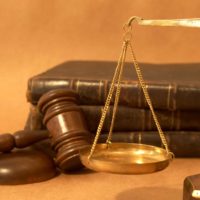 It Is Very Rare That A Party To A Custody Case Feels Like They Won, However, The Secret To Winning Is Easier Than Most People Think

Most of the time when the dust settles after a child custody case and the parents walk out of court both sides will feel as though they have lost something and it is very rare for one parent to leave trial believing themselves to be the “winner”. This is because child custody cases are not about one parent beating the other, or winning or losing. The focus instead is placed on the children involved in the case and what is best for them, or in other words, to determine the best interests of the child. This begs the question: How do I win my Orlando child custody case?

When parents go into custody litigation they as well as their attorneys often make the mistake of viewing the case as adversaries fighting for their individual position in the case. This approach leads to lengthy custody battles that can stretch over months and even years, cost thousands of dollars, and worse, cause untold stress and mental trauma to the children who are caught in the middle.

That Is Great, But, What Does This Have To Do With Winning My Custody Case?

There is no surefire litigation tactic or trick to winning your custody case, (sorry to burst your bubble), and for that reason one must reevaluate their mental approach to the case and develop some reasonable expectations as to the outcome.  Here is an example of what I mean: Jane and John are getting divorced. John always worked fifty hours a week and never wanted to take on the child care responsibilities after work while Jane stayed home with the kids, who are under the age of five, and shortly after the split Jane began dating Joe.

Jane insists that John does not know how to care for the kids because he was always working and she preformed most of the care for the children. For this reason she wants John’s visitation to be limited to a handful of days each month. John, on the other hand, realizing that his family is falling apart has an awakening of sorts and wants to be an active part of the children’s lives, wants a 50/50 time-sharing schedule, and wants an order that Jane’s new boyfriend not be permitted to be around the children because it will confuse the kids and John knows nothing about the new boyfriend.

These two parents in this hypothetical case are really far apart on what they want and this case could end up being a really contested custody case. If this case went to trial with the facts being as stated then neither side would walk out feeling like a winner. However, if Jane was open to John’s new desire to father the kids and was willing to agree to a more reasonable visitation schedule to give John a chance to either “sink or swim” she would be providing the kids with a chance to have a father who is active in their lives for the first time.  Additionally, John would need to understand that Jane is as free to move on with her life as he is and that if Jane were to have the children around a dangerous person, or to try to replace John as father with a new boyfriend the courts would be able to step in and make things right.

While this may come across as a simple and plain set of facts try to imagine the emotions, frustrations, and inner power struggles that each party to this hypothetical case may be going through. It is there, most of the time, where the parties begin to fight and spend money to litigate custody cases for the wrong reasons. If the child is in danger of abuse, neglect, or some sort of mental trauma then the parent placing the child in danger should have limited contact until the problem is fixed. However, a parent dating someone new or having a beer after work is most likely not going to qualify as danger to the child without more. (Though every set of facts are different, for example: there is a history of substance abuse etc..)

Parents must make sure that they are not being guided in custody litigation by emotions or individual control issues (which most people have when it comes to their children). As these can cause the parent to go into the case expecting too much and setting themselves up for a huge disappointment. You would not go into a Mercedes dealership expecting a new S550 for $5,000.00 likewise it is often unrealistic to go into court expecting that the other parent is going to be nearly cut out of the child’s life in court.

The true way to win your custody case is to go into it with an open mind understanding that the courts want both parents to be as much a part of the child’s life as possible wherever possible and that to limit a parent’s involvement in a child’s life without a really good reason is not in the child’s best interests. If that is your guiding principle as you enter the custody arena then you are very likely to be satisfied with the outcome and ready to co-parent the children for years to come.

For anyone who read to this point expecting a magic answer to destroy your ex in court I apologize for not providing one as there is none, but, you may want to give this article one more read and remember that if your goal is to win then the only loser will be the child.