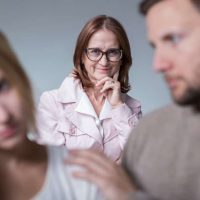 It Is No Secret That Mothers-in-Law Have Caused Divorce Issues, But Before You Call An Attorney Remember These Important Points

One area of divorce law that Divorce attorneys in Orlando hear about often with their family law clients is the situation where a mother-in-law or other extended family of their spouse may have caused some division in the relationship that ultimately led to the divorce.

Some of the main contributing factors to this phenomenon come when people go into a marriage with the expectation that if their spouse loves them enough, then they will accept their family for who they are and be patient with their shortcomings and quirks. When spouses believe that their partner is siding with their family over the spouse, that’s when family drama creeps in.

The first of that he’s comes from people who have unrealistic expectations about what a marital relationship consists of as to certain types of boundaries. Many married couples do not realize that just because you’re married to someone does not mean that a parent-in-law or other extended family member has a free pass to impose, hurt feelings, or cause other types of stress in the new spouse’s relationship and life that can lead to divorce. It is also important for the married person whose family member may be causing stress to their souse to realize that whatever feelings there are bounces having our legitimate and should be addressed as a team with a unified front communicating honestly with the extended family member who is causing the strain.

When these circumstances crop up it’s important for married people to realize and remember that just because their souse may voice concerns or have hurt feelings about things that the parents have said or done does not in any way mean that the souse does not accept and love the parents-in-law. This is where emotional boundaries come into play and marriages in order to avoid the path to divorce. Even though people are married they still have the right to have their own feelings, thoughts, and opinions into feeling that they are free from being judged or persecuted for having their own feelings thus they have proper emotional boundaries.

Another damaging aspect of the extended family causing strife in divorce is when drama does come into play, a spouse feels as though their partner is taking sides with his or her family in opposition to their spouse. This is extremely common and it is very important for married couples to constantly be aware of what they are saying and what their actions are saying When dealing with disagreements regarding the parents-in-law or other extended family. Again when dealing with disagreements and stress related to the extended family it is important for all married couples to maintain a unified front and to reach resolutions to what’s causing the problem rather than turning on each other. When the drama is related to one spouse’s family or parents it’s going to be the responsibility of that spouse to take extra steps to ensure that their partner is not feeling alienated or bullied into an agreement with whatever issue is in conflict.

In most cases, divorce is the result of years of problems in the marriage that have piled on top of each other to the point where one or both partners can no longer bear. If married couples can maintain a unified front and be a close-knit team when dealing with parents-in-law and extended family drama they are saving themselves from a substantial amount of possible strain that can later lead to divorce for other couples who were not as vigilant to remain a team.

The best divorce is the one that does not ever take place, but if you need to speak with a divorce attorney then call Sean Smallwood today at 407-574-6155