When Your Ex Refuses to Pay Child Support: Dos and Don’ts 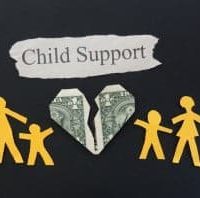 Despite the good intentions behind Florida’s child support laws, it can seem like a no-win situation when parents who can’t get along as a couple still have to make financial decisions about child support. Being required to pay for the raising of children during times when they are not with you makes many child support-paying parents resentful. Those lyrics that many of today’s parents grew up with still touch a nerve, from Outkast’s lament about child support payments being diverted so that the narrator’s ex-mother-in-law could pay her bills to Kanye West’s tale of an ex who spent child support money on cosmetic surgery for herself. Disputes over child support can prolong the bitterness between divorced couples, but it is important to keep the child’s best interests in mind. Here are some common child support-related problems and how to address them. An Orlando child support lawyer can help you if your ex is not holding up his or her end of the child support agreement.

If you are frustrated by your ex’s inconsistent record of paying child support on time or, conversely, if you are grumpy about the fact that your ex is taking you to court about child support, know that you are not alone. According to data from DOR records show during the 2018-2019 fiscal financial year, Florida had more than 637,000 cases with an existing support order, with more than $1.6 million collected and disbursed. Most of the Florida parents who pay child support are men.

Why is child support so widespread in Florida? It is because Florida takes seriously parents’ financial responsibility toward their children. Whenever a couple with children younger than age 18 gets a divorce, the court makes a decision about how they will continue to support their children, which usually involves one parent paying child support to the other. It is easier for never-married couples to avoid the notice of the courts. If you were never married to your ex with whom you have a child, you must initiate a court case seeking child support. Likewise, if a never-married parent applies for public assistance, the court will require the ex to pay child support if the ex is not already paying.

The Consequences of Not Paying Child Support

If your social circle includes any single or divorced parents, then you have probably heard plenty of stories about what a struggle it is to collect child support from their exes. As family law attorneys in Orlando, we see this first-hand. You have probably also heard tales of deadbeat parents who refuse to work or who lie about their income in order to avoid paying child support. Since it is virtually impossible to force someone to pay money they claim they do not have, Florida courts impose a variety of consequences on parents who fail to pay child support even after being ordered by a court to do so. These are some of the consequences parents who are delinquent in paying child support can face.

Yes, it is possible for parents who do not pay child support to go to jail, but this consequence is only a last resort. Having a criminal record certainly does not make it easier for people to find gainful employment.

What to Do If Your Child Support Payments Are Too High

The amount of child support ordered by the court is based on both parents’ incomes at the time the order is issued. If you lose your job and cannot find a new job that pays as well as your previous one, you have the right to petition the court to modify your child support order. If your financial hardship is caused by having another child with someone other than the parent of the children for whom you are currently paying child support, though, the court is unlikely to lower the amount that you are being required to pay.

If your ex is refusing to pay child support, leaving you alone with the financial responsibility for supporting your children, you may need the services of a lawyer to help you collect the child support payments owed to you. Contact our family law attorney in Orlando, Florida for a consultation by calling (407) 574-6155 or emailing us.